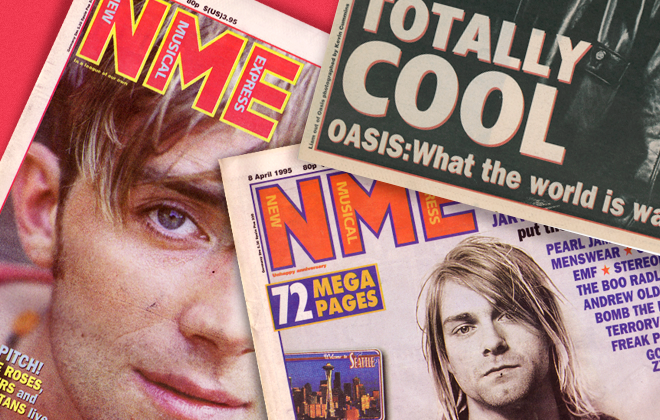 It's a sad day for the British music industry, as NME annouces the send-off of its weeky magazine. The final issue hits the shelves on Friday 9th March, after 66 years as one of the UK's most iconic music publications.

The ever-changing landcape in which we choose to consume our media, has led to increased produciton costs for the magazine, forcing the NME to focus their investment on expanding its digital audience. The new digital strategy includes the launch of NME Audio, a regional DAB radio brand comprising the stations NME 1 and NME 2. NME 1 will champion new talent, while its sister station will play out all the NME classics.

As we say farewell, we take a glance back over a few of their iconic covers.

Featuring “four pages of fun with the Sex Pistols”, this cover shouts ‘mayhem’ through the perfect use of pre-photshop cut-and-paste, in an edgy, striking composition. “1977 was the year in which the nice, neat rock hierarchies which bossed the interim period between the end of the 60’s and the real beginning of the 70s (76) broke down.” - NME

At Brit Pop’s height of craziness, there was obviously no love lost bewteen the dudes in camp Blur and camp Oasis. Noel Gallagher was saying things such as: "Blur are a bunch of middle-class wankers trying to play hardball with working-class heroes." Damon Albarn: "Oasis are very nice boys.” The media were lapping it up, adding fuel to the fire at every opportunity. NME went all-out with a cheeky paste-up modelled on an old Ali v Fraser boxing poster, setting it up as a proper sporting event. 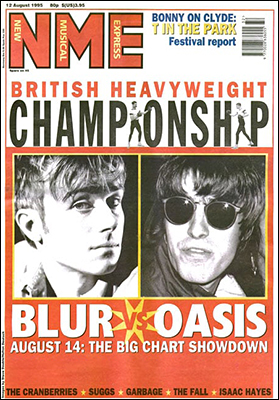 Unforgettable image of guitarist Richey Edwards covered in inked faces of Marilyn Monroe, to mark the release of the Manic’s cover of ‘Suicide Is Painless’. 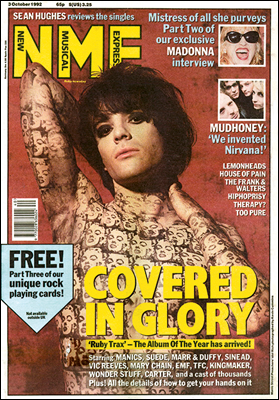 Back to black: no words were needed to describe the tragic and untimely death of Amy Winehouse in 2011. 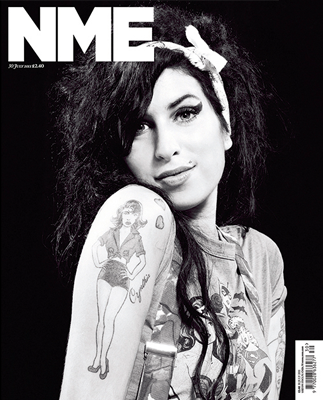 Looking back at 60 years of NME, with Noel Gallagher holding up a cover of himself in a sort of ‘police arrest photo’ pose. 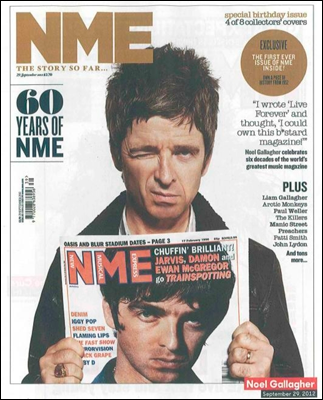 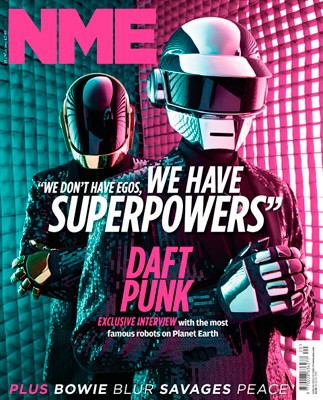